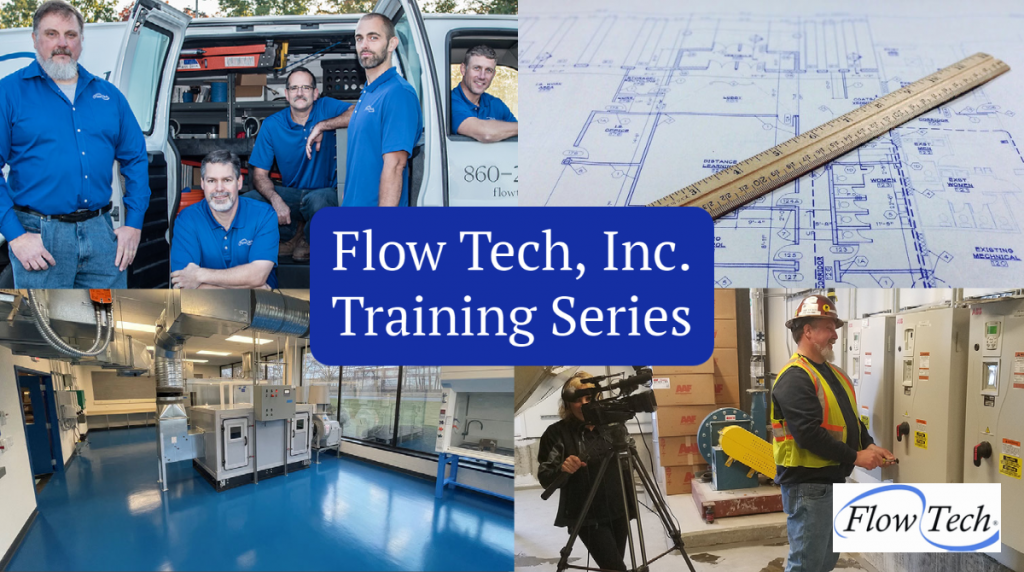 To further support our mission Flow Tech produces videos that address our customers’ questions or provide training on the use and maintenance of our applied and engineered HVAC equipment and systems.

This 2-minute video highlights how users will see the following benefits after installing this MERV 13-rated, ACS Slim Line filter:

As particles in unfiltered air move through the SecureAire system, they are Conditioned. The Conditioner emits equal amounts of positive and negative charges, and as particles pass through, they pick up these charges.

During the Conditioning phase, particles acquire either a positive or negative charge. The Collision step forces them to collide with each other through inelastic collisions creating ionic bonds, one of the strongest bonds in nature. Thousands of times a second, conditioned particles are forced to collide, gaining weight in the process, and becoming neutral in charge.

Due to electrostatic forces, the smallest particles remain suspended in air and are not very susceptible to airflow movement. But SecureAire’s Conditioning and Collision process helps to transform small particles/pathogens into larger clusters that now have enough weight to be carried by air currents.

Once these larger clusters of particles/pathogens are carried via airflow to the SecureAire Cartridge, they are captured and permanently held on the filter via strong ionic bonds. Within the cartridge, viable pathogens are exposed to an energy field that causes extreme oxidative cellular stress, destroying them and rendering them harmless.

Finally, perhaps the most critical aspect of any air purification process is Transport. SecureAire’s ACTIVE Particle Control Technology’s 4-Step Process is one of the only known air purification technologies to be able to transport small and harmful airborne pathogens from a treated space.

The smallest particles that escape capture are again electrically conditioned and propelled back into the treated space to further collect pathogens, TVOCs, gases, odors, bacteria, viruses, and other harmful airborne particles.

Flow Tech, Inc. is the proud SecureAire representative in Connecticut and Western MA. ACS Slim line filters will soon be installed in our office’s roof top unit and in the Demo Lab. Give us a call to learn more, 860.291.8886, or send a web inquiry.