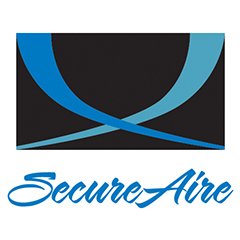 We’re happy to represent SecureAire – the only Particle Control Company in the air purification and filtration marketplace. SecureAire Particle Control Technology is ideal for operating and clean room environments offering a 96.4% improvement in peak particle counts for operating rooms. Without their technology of controlling an environment’s electromagnetic field, an airflow transport mechanism can only remove approximately 2% of particles by volume from the occupied space.

SecureAire’s technical approach is based on a proprietary combination of Particle Conditioning and Particle Collision Control better known as Particle Accelerated Collision Technology (PACT). PACT is the only Technology available in today’s’ marketplace which makes airflow the dominant transport mechanism for small particulates, such as bacteria, viruses, allergens, TVOC, gases, and odors. SecureAire’s unique system is applied to improve indoor air quality in a building or medical facility reducing or eliminating harmful particulates which can either cause sick building syndrome or worse, the spread of dangerous airborne pathogens. SecureAire is the only device that simultaneously increases the overall filtration efficiency (the capture rate of particulates/pathogens in the air) and has the potential to kill or inactivate these same dangerous organisms.

Ready to find out more?

We proudly serve New England as the local Secure-Aire representative.